The Subtlety of Branding 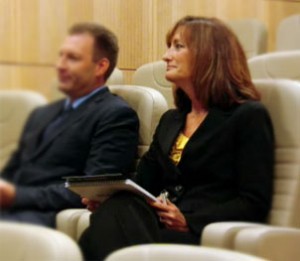 When we think about branding, we tend to think it is all about standing out starkly in front of your market and ensuring maximum visibility.

However, successful branding encompasses much more. It is important to recognize the importance of the more subtle aspects of a branding campaign along with the obvious ones.

A perfect example of “the subtlety of branding” can be seen in last week’s episode of “The Celebrity Apprentice” on NBC. The episode featured a task that required the contestants to develop an advertorial for Norton and LifeLock.

Most of us that use computers for the majority of our working day are familiar with the Norton brand with their bright yellow color complimented by black. With the Norton logo and product information being featured frequently in this episode, the overall message was clear and consistent.

When taking a closer look into this episode, one realizes the smaller, more subtle aspects of Norton’s brand strategy during this feature. The Norton executive wore a yellow shirt under her suit jacket, the same yellow of the Norton brand, each time she was shown throughout the episode which spanned a couple of days. 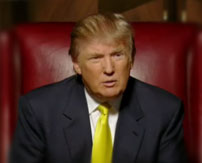 This element of Norton’s strategy may be subtle, and most people may not even be able to recall the color of the woman’s shirt if asked, but without a doubt, most will know the color of the Norton brand.

It is subtle aspects like the example above that greatly facilitate the bigger pieces of the brand puzzle like the logo, the tag line and so on. By understanding the impact that the smaller brand applications can have, the overall strategy is more likely to deliver the desired results.

Norton even convinced Donald Trump to play along, and he wore a bright yellow tie during the episode. Intelligent branding by the folks at Norton.

Tweet
You're here: Home > Industry News > The Subtlety of Branding

published April 1, 2010
We can't wait to hear about your project.